With the fiscal year just ending, here are the full annual stats for several of the Gardner-Harvey Library's (GHL) services. I hope you will find them useful to see how people use the library. Check at the bottom of the document to see how you compare to the average GHL user.

These stats reflect what's happened this year, between July 1, 2013 to June 30, 2014. Some stats we keep locally, others we pull from university-wide or OhioLINK-wide systems, and some are provided by database vendors.

Both a Borrower and a Lender Be
- GHL patrons checked out 3,229 books, DVDs, and videos from us (1,249 from our local collection, 1,353 ordered from other MU libraries, and 627 items ordered from OhioLINK - that means that more than 60% of the items used by campus patrons came from libraries beyond GHL). That is a 13% decrease from 2012-2013. We also received 65 articles, books, and audiovisual items from libraries worldwide through interlibrary loan.

- The GHL collection registered 4,048 checkouts (that's the 1,249 items checked out by Middletown patrons above, plus 1617 items sent to OhioLINK users, and 1,182 sent to other MU libraries - that means that more than 60% of the uses of our materials came from libraries beyond GHL). That is a 10% decrease from 2012-2013. We also sent 116 articles, books, and audiovisual items to libraries worldwide through interlibrary loan.

- GHL patrons checked out 2,148 reserve items from us (this includes faculty-placed course reserves, textbooks on reserve, laptops, iPads, and other equipment). That is an 17% decrease from 2012-2013.

- In terms of building up our collection, Middletown faculty, staff, and students ordered 1,047 items to add to our collection this year. That is a 21% decrease from 2012-2013.  That total includes 5 e-books.

- One additional item of interest on item checkouts that happen at our library is the number of items checked our to patrons of other OhioLINK libraries.  We had 423 items sent from OhioLINK libraries and checked out at GHL by patrons from other OhioLINK institutions (using our Pickup Anywhere service - an 87% increase from 2012-13).  We also had 80 of our items borrowed by these OhioLINK patrons in person - a 95% increase from 2012-13).

The Quest for Information
- Middletown patrons downloaded 8,710 full-text articles from Ebsco databases provided to us through OhioLINK . This reflects a new way of measuring your search activity, mainly due to the addition of our Articles & More service in the fall of 2012.  Since that service searches multiple databases at once, our number of searches was multiplied by the number of databases.  So, we'll stick with article downloads and search sessions (7,512 in 2013-2014).

A Place for Work, Study, and Remove from the World
- GHL is open 61 hours per week.

- Our two STAR Lounges have been checked out 108 times this year by students.  They were also used weekly by librarians and other faculty and staff members for meetings.

Helping You Find What You Need
- We logged a total of 630 questions that we answered from our InfoDesk during the year, which averages out to nearly 3 per day.  We do not log every question,we answered, nor every time we check books out, but we try to capture all lengthy interactions with you.  39% of those questions involved technology questions, 29% focused on circulation procedures or policies, 18% were directing people to locations or resources in the library or on campus, and 14% were research-related.  68% of all questions were asked in-person at the desk, while 23% were by phone, 3% by text or instant messaging, and 5% came through email.  Below is an image of the most common words that the questions involved.

- Inside and outside of the library, we gave library instruction presentations in 73 classes this year, reaching 1315 students (a decrease of 17% from 2012-2013). The courses represented were from 21 different departments.

- Our Embedded Librarian program reached students from 80 course sections in their Niihka course sites during the academic year (that is a 19% increase over 2012-2013). We helped over 2065 students with their information needs through the program.

What don't we know about how the library is used?
- One key part missing from these figures is off-campus use of library resources: all off-campus use is tallied as MU-wide use, so we do not know how many Middletown patrons are using databases from home.  We have also lost meaningful data for on-campus use from some of our OhioLINK full-text resources.

- We don't have campus-specific stats for all database searches - we're missing uses of Lexis-Nexis and other databases.

- We hope you'll continue to let us know what you think about the library, what you need from us, and what materials we should order for the collection.

On Average
Taking these numbers and guesstimating a total Middletown community of 2500 students, faculty and staff members (and including community patrons), here's what can be said about the average person on campus. She:

- checks two items out from the library in a year (reserves and local/MU/OhioLINK collection items)
- downloads three full-text articles each year.
- accesses the library web site seven times per year.
- participates in a library instruction session or an embedded librarian course more than once per year (if she is a student).

Thanks to everyone for making the library and its resources a vital part of your academic lives!
Posted by John at 5:14 PM No comments: Links to this post

Email ThisBlogThis!Share to TwitterShare to FacebookShare to Pinterest
Labels: statistics

The Gardner-Harvey Library is pleased to sponsor the final 2 documentaries in the Created Equal: America's Civil Rights Struggle series this fall 2014.  Both programs are free and open to the public through the National Endowment for the Humanities and the the Gilder Lehrman Institute of American History.

In September we will show and discuss The Abolitionists which runs 180 minutes and was released in 2013, thus commemorating the 150th anniversary of The Emancipation Proclamation, 1863.  For a fuller experience, everyone is invited to view the touring Smithsonian exhibition:  Changing America:  The Emancipation Proclamation 1863 and The March on Washington 1963 on display at the Gardner-Harvey Library from September 8 through October 15, 2014. 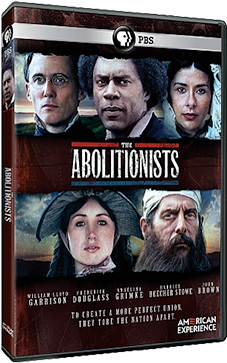 The Abolitionists traces the impact of 5 activists:  William Lloyd Garrison, Frederick Douglass, Angelina Grimke, John Brown, and Harriet Beecher Stowe in the anti-slavery movement.  These motivated abolitionists used their talents to persuade morally and to act politically to end slavery.

Dr. Linh Dich will screen portions of the documentary and lead a discussion off-campus for the Miami campus, Cincinnati State, Middletown, and the Middletown community. Light refreshments will be served.

What:
Watch online:  The Abolitionists, parts 1-3.
Attend and participate in the Discussion facilitated by Dr. Dich 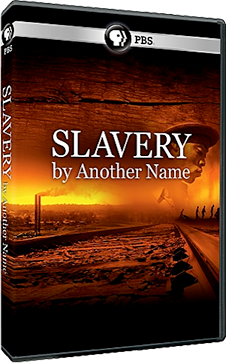 In October, we will show and discuss Slavery by Another Name which runs 90 minutes and was released in 2012.  The documentary is based on the Pulitzer Prize winning book of the same title by Douglas Blackmon.   The film reveals the little known, shocking history of forced, unpaid labor by Southern African American men lasting until World War II.

Dr. Helane Androne will screen sections of the documentary and lead a discussion off-campus for the Miami campus, the Sonny Hill Community Center participants, and the Middletown community.  Light refreshments will be served.

What:
Watch online: Slavery by Another Name
Attend and participate in the Discussion facilitated by Dr. Androne

Where:
Robert "Sonny" Hill Jr. Community Center
800 Lafayette Avenue, Middletown, OH
Posted by Beth at 11:28 AM No comments: Links to this post

Email ThisBlogThis!Share to TwitterShare to FacebookShare to Pinterest
Labels: Created Equal, documentaries, Slavery by Another Name, The Abolitionists

Library materials added in May and June

To bring you up to date on what has recently been added to the collection, a new materials list is now available that reflects additions during May and June. We added 190 books, DVDs, and other items during that time, thanks to your selections and suggestions. The list is sorted by call number, with items grouped roughly by subject area.

This tag will show you all of the prior lists of new materials, in reverse chronological order.

If you have a suggestion of something to order, please use our online request form, email Jennifer Hicks or one of our other staff members, or drop by the library with your request.  We will start into our 2014/15 library budget in July.  We added 1047 items to the library's collection in 2013/14.

Thanks again for keeping our collection vibrant and your information needs met!
Posted by John at 1:29 PM No comments: Links to this post

Get email updates of new blog posts with FeedBlitz!